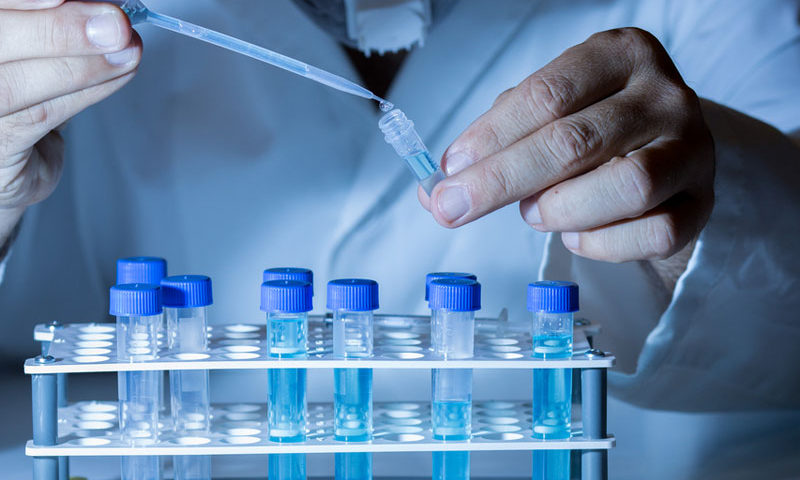 A team of investigators from Columbia, Rockefeller and Stanford Universities has identified a new gene involved in hair growth, as reported in a paper in the April 15 issue of Nature. This discovery may affect future research and treatments for male pattern baldness and other forms of hair loss. The researchers found that the gene, called APCDD1, which causes a progressive form of hair loss beginning in childhood (known as hereditary hypotrichosis simplex). The disease is caused by a phenomenon called hair follicle miniaturization – the same key feature of male pattern baldness. When hair follicles go through this miniaturization process, they shrink or narrow, causing the thick hair on the head to be replaced by thin, fine hair, known as “peach fuzz.”

“The identification of this gene underlying hereditary hypotrichosis simplex has afforded us an opportunity to gain insight into the process of hair follicle miniaturization, which is most commonly observed in male pattern hair loss or androgenetic alopecia,” said Angela M. Christiano, Ph.D., professor of dermatology and genetics & development at Columbia University Medical Center, and lead author of the study.

“It is important to note that while these two conditions share the same physiologic process, the gene we discovered for hereditary hypotrichosis does not explain the complex process of male pattern baldness.”

The team made their discovery by analyzing genetic data from a few families from Pakistan and Italy with hereditary hypotrichosis simplex. They found a common mutation in the APCDD1 gene, which is located in a specific region on chromosome 18 that has been shown in previous studies to be implicated in other forms of hair loss, including androgenetic alopecia and alopecia areata, hinting at a broader role in hair follicle biology.

Importantly, the researchers found that APCDD1 inhibits a signaling pathway that has long been shown to control hair growth in mouse models, but has not been extensively linked to human hair growth. Laboratory researchers have targeted this pathway, known as the Wnt signaling pathway, to turn on or off hair growth in mice, but, until now, the pathway did not appear to be involved in human hair loss. This finding is significant because it provides evidence that hair growth patterns in humans and in mice are more similar than previously believed.

“Furthermore, these findings suggest that manipulating the Wnt pathway may have an effect on hair follicle growth – for the first time, in humans,” said Dr. Christiano. “And unlike commonly available treatments for hair loss that involve blocking hormonal pathways, treatments involving the Wnt pathway would be non-hormonal, which may enable many more people suffering from hair loss to receive such therapies.”

Dr. Christiano and her team are now working to understand the complex genetic causes of other forms of hair loss including alopecia areata, with the hope of eventually developing new, effective treatments for these conditions.